I am amazed how little discussion there is about the quality of public lighting, ever. Yes, LED has the potential to save lots of energy, money and CO2, but using streetlights that put light where it is needed instead of in our eyes saves even more and improves visibility. By their design, LED fixtures can focus light better, but everywhere you look in most cities “acorn” and other poorly shielded “decorative” fixtures are being replaced with new LED fixtures that still waste 20-40% of their energy. 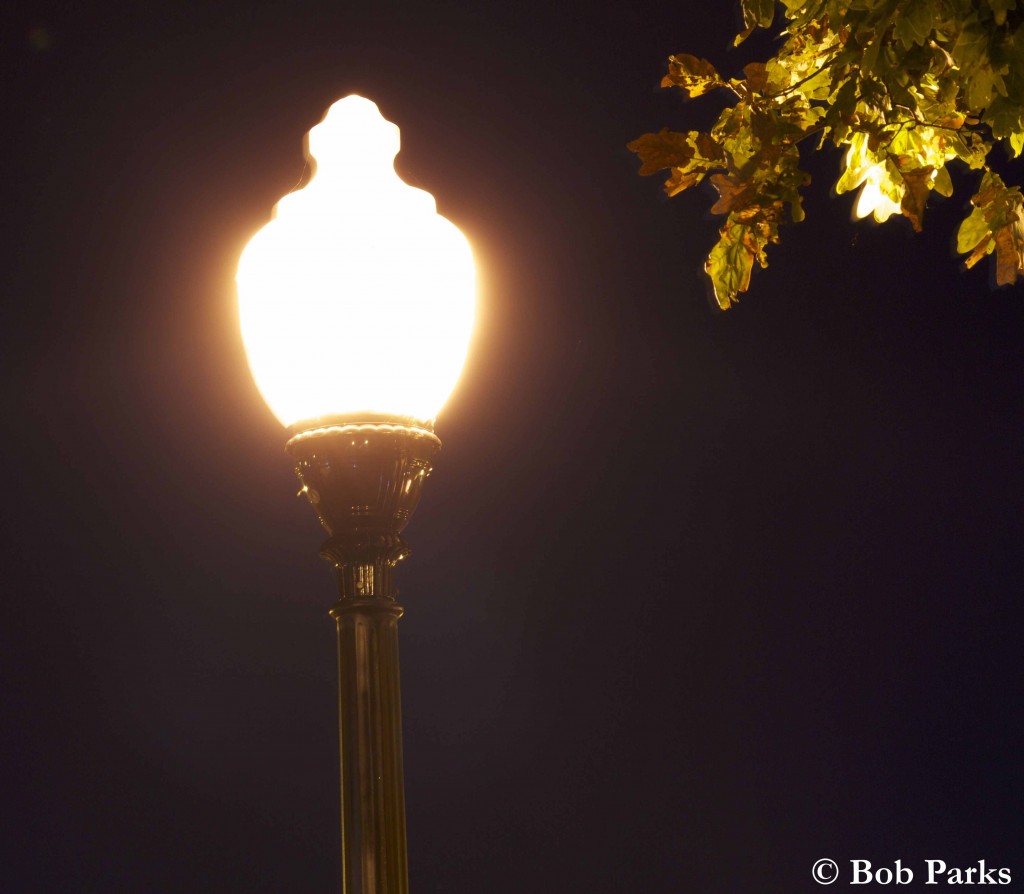 Why? Often purely because of their “historic” or “period” look. Keep in mind, these globe-type fixtures are often cheap plastic replicas of the ornate glass fixtures made popular in the 1920s, when they had the equivalent light output of today’s living room lamps. 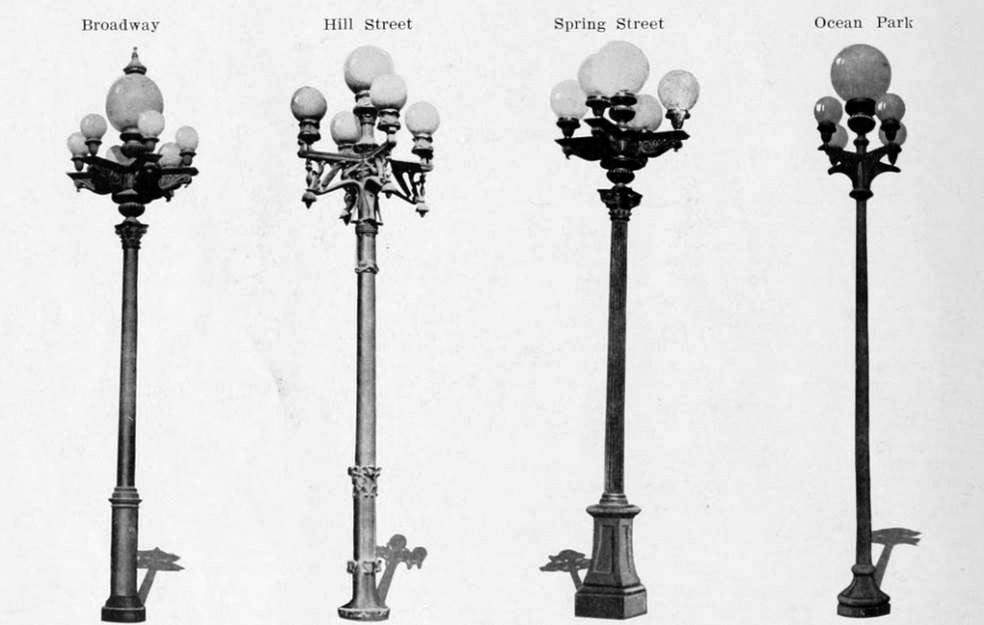 It is embarrassing that manufacturers have increased by 10-50 times the light output of these “decorative” fixtures, resulting in “glare bombs”. Then they sell them as streetlights to city transportation departments eager to maintain the “look and feel” of a historical period with little regard for the impact on driver and pedestrian visibility. Using a lighting fixture that temporarily blinds drivers and pedestrians is the epitome of bad lighting design, yet we see the numbers increasing in every major city. In many cases, historic preservation groups – unwilling or unable to understand the impact glare has on visibility – force the decision on DOT staff. The widespread use of these decorative fixtures as streetlights is evidence that cities often pay far less attention than they should to quality lighting design and real safety concerns. 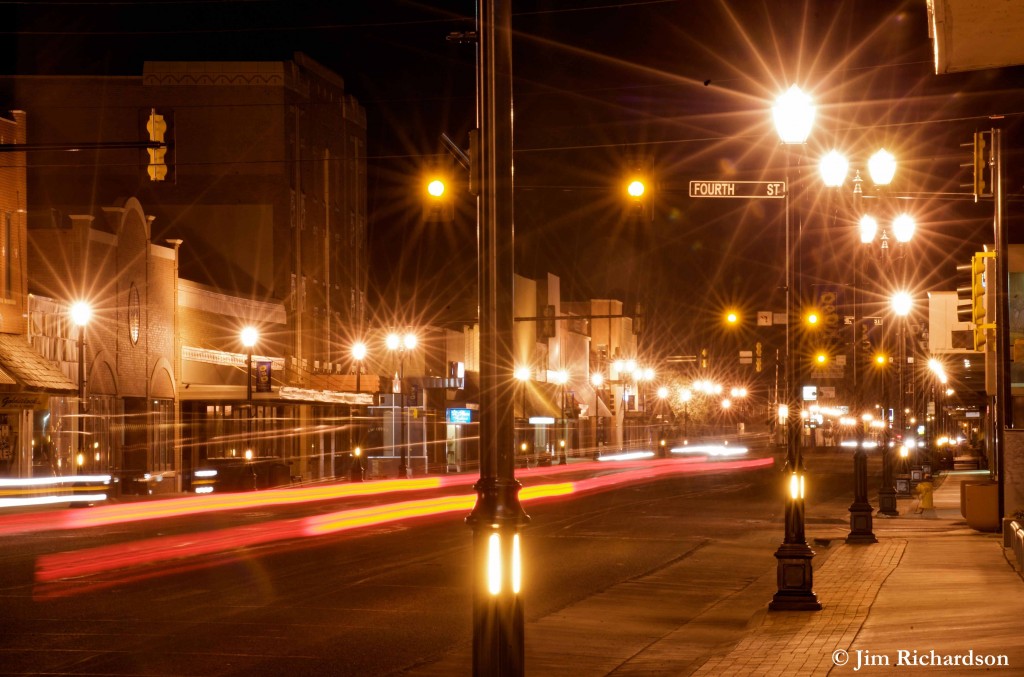 The aesthetics of period lighting should not override the functionality of the fixture: form follows function. There are many excellent period design fixtures available that perform well, don’t waste energy or produce glare; the acorn and globe are just not one of them. If you absolutely must use them for ambiance, put a 300-lumen LED lamp designed to replicate a gas flame in them and install a high-performance roadway fixture for the actual illumination of the street and sidewalk.

Let’s talk about real efficiency. Replacing an older technology decorative fixture that wastes 40% of its energy with a brand new LED fixture that also wastes 40% of its energy does not make the retrofit energy efficient. A better term used to describe a lighting fixture’s ability to deliver light to the area needed is efficacy, and there are some good metrics available to quantify fixture efficiency. One that was proposed by the Department of Energy (DOE) is called Fitted Target Efficacy (FTE); another proposed by National Electrical Manufacturers Association (NEMA) is the Target Efficacy Rating (TER). While the two vary somewhat on how “target” is defined, they both were developed to measure how well a fixture focuses light onto the target area. By the way, when is the last time you heard anyone discuss either of these metrics? Somehow during the race to transform public lighting, both the DOE and lighting manufacturers decided to avoid talking about real efficacy and focus only on the efficacy of the source (LED), not in its application.

While I was working for IDA on the American Clean Energy and Security Act of 2009 (ACES) legislation, we were successful in inserting minimum efficacy ratings for outdoor lighting fixtures into the final language of the bill. It would have initially required a minimum of 50 lumens per watt efficacy using the TER metric and 70 lumens per watt by 2018. The result would have been to effectively eliminate the use of all acorn fixtures in public lighting. However, while ACES passed in the House in 2009, it never came to a vote in the Senate. When control of the House changed in 2010, no further discussion on the energy efficiency regulation of lighting fixtures has occurred.

Many view discussing true efficacy as a problem because it quickly points out how inefficiently cities are being lighted and how willing they are to install glaring lighting fixtures that decrease safety and visibility in the name of historic preservation. Let’s reveal exactly how bad this “compromise” is with a few quick calculations.

A typical decorative acorn fixture will have an IES BUG rating of U3 or U4 and G3 or G4. It will direct 5-10 times more of its lumens above the horizon or into your eyes as glare than an equivalent U1 G1 fixture, wasting approximately 25-40% of its total output. 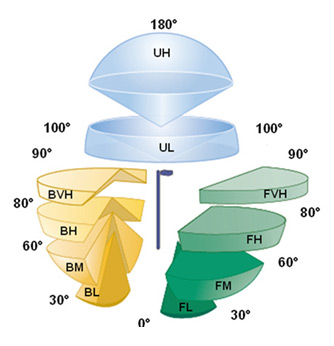 A typical decorative fixture that wastes 25-40% of its lumens as glare and uplight will have a FTE or TER rating approximately 25-40% less than a well-designed, equivalent U1 G1 fixture. Claiming that a new LED acorn lighting fixture uses 30-40% less energy is a deliberately misleading statistic and a false equivalency. What it should be compared against is the FTE or TER rating of the best in class of that fixture category.

Further exacerbating the problem are DOT staff who specify much brighter fixtures in order to meet IES uniformity recommendations. However, at the same time, they also routinely fail to apply IES recommendations for veiling luminance that are specifically designed to minimize glare. The result is that real visibility is seriously degraded in the misguided attempt to use part of existing lighting standards. DOTs must start training their staff in lighting design, as well as focusing on real-world visibility or hiring qualified lighting consultants to guide them in the process.

With the LED transformation upon us, we have a once in a generation opportunity to redesign public lighting and save massive amounts of money, energy and CO2. However, we cannot afford to retrofit public lighting en masse with glaring, high color temperature LED fixtures that further degrade visibility at illumination levels well in excess of what is needed for safety and visibility.

Unfortunately, many cities still routinely opt for the lowest cost alternatives, based on lumen output or worse still, on energy reduction. These low-quality fixtures are too often selected during a competitive bidding process. Selecting lighting equipment on cost alone is a very poor value proposition. 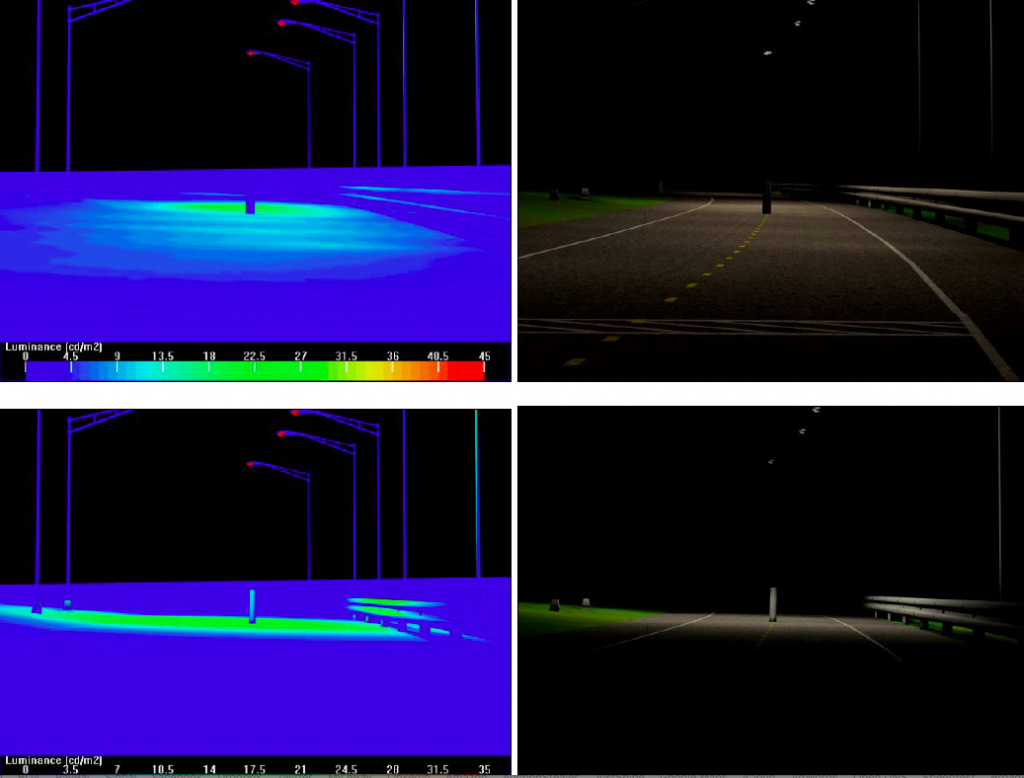 The metrics used for lighting standards are good at specifying how many lumens are needed on a surface and how well they are distributed, but they don’t do a very good job of defining how lighting enhances visibility or what minimum visibility is needed for safety. That’s because a metric for real visibility is more complicated to define and measure in the field. It has more to do with contrast, both positive and negative, and chrominance and luminance than intensity or uniformity.

It is somewhat easier to document is how glare degrades visibility. The more glare, the more lumens are needed on the target area to overcome it. In addition, the impact of glare on visibility varies based on the age and health of the observer. Several factors related to the physiology of the human eye degrade over time and heighten the effects of glare. This means that older drivers and pedestrians will often perceive glare more intensely than younger ones. As glare disproportionately impacts seniors, many find it dangerous to drive at night – and simply stop – due to poorly designed public lighting. Too much public lighting is failing to meet the purpose of improving visibility and is adversely impacting a huge swath of the population due to negligence and/or incompetence.

We can do better. 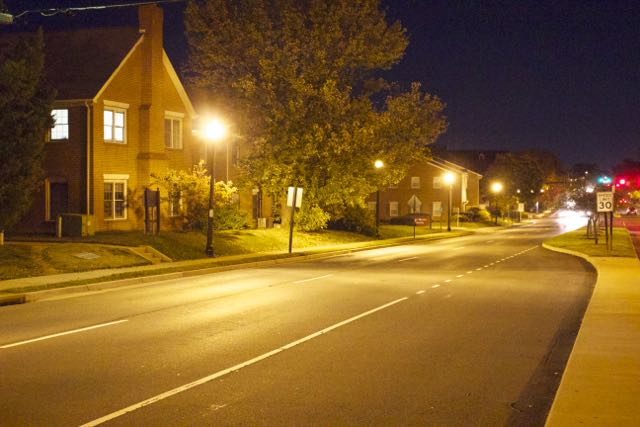