Designing Streetlighting for the Real Client 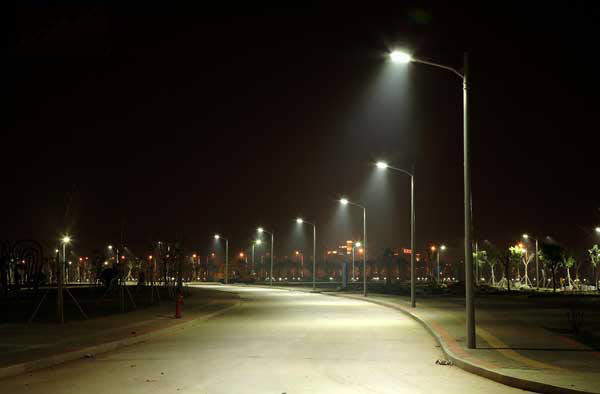 In most cases LED Outdoor Lighting retrofits are done primarily to save money, both operating and maintenance costs. So the people making these decisions often choose the fixtures that will deliver maximum efficacy with little regard to the color of the LED. A few years ago the typical LED streetlight was in the 6,000K CCT range because it was the only way to compete with HPS. As LED efficacy has improved 4,000K CCT has become the new standard. What is missing in the selection process for streetlights is a consultation with the “client” to pick an LED that they want for their neighborhood. The idea that city staff choose what the residents will have to live with is unheard of in the world of professional lighting design. Who is really the client? The city may make the decisions but the residents ultimately pay the bills and live with the consequences. Not involving them in the design process can be a serious and costly mistake.

New York City has started a 250,000 streetlight LED conversion using 4,000K CCT and before they had installed 10% of them the residents expressed their displeasure with the glare and cool color temperature. NYCDOT has told the public that this was the best option for energy efficiency but is it really? The residents have complained that it is too bright and the illumination levels being used are twice the IES RP-8 recommendations from approximately 10 PM to 6 AM. So rather than install adaptive controls and save 50% more energy, the DOT uses the argument that saving 10% more energy with 4,000K CCT over 3,000K CCT is the best option to save energy.

After installing over 50% of the fixtures and suffering from extreme public “blowback”, NYC finally announced that it would change course and reduce CCT to 3000K for the remainder of the project. They have also announced that they will “tone down” already installed 4000K fixtures on a case by case basis if residents aren’t happy. Too bad for the residents that don’t get the memo…

Davis, CA recently completed a LED streetlight project using 2,700K CCT and lower illumination levels after residents complained that 4,000K CCT LED fixtures produced too much glare and made their neighborhood look like a shopping mall. The City of Davis made the decision to stop the project halfway and solicit public input. In a bold move they later decided to replace half of the previously installed, and all of the remaining fixtures with fixtures that produced 30% less illumination and 2,700K CCT.

The real problem is that too many design decisions for public lighting are being done by engineers that have no lighting design experience or training. DOTs often only consider their client’s wishes after the installation is complete and the complaints start to fly. This is a flawed policy the elected officials are slowly starting to realize is unsustainable. Technology changed little over the last 50 years and upgrades to street lighting were barely noticed by the public. LED has changed all that. Cities need to start training their staff or hiring lighting designers to manage the transition to LED.

No residential streetlighting installation should be considered without public engagement. A pilot test with a range of options that include lower glare, color temperature and illumination levels should be conducted by an independent lighting design professional to ascertain public preferences. The survey has to engage a wide cross-section of the public and the survey questions have to be designed to be non-technical and neutral so that the public isn’t intimidated by jargon.

Part of the survey should also include a demonstration of dimming lighting levels to meet recommended illumination levels for the appropriate road classification throughout the night. Normally traffic on most residential streets will drop enough after 10 PM to reduce lighting levels by 50%. How is not saving 50% of the energy for half the night not standard practice and a priority of the city? However city after city chooses to defer smart controls installation to reduce initial capital investment. With a ~$75 per node programable NEMA socket control available, not installing some control with the new fixture is incredibly myopic. They also have a good chance of outlasting the fixture whereas the $25 photocell you’re buying doesn’t. It may not give you all the advantages of centralized control and predictive maintenance, but it can pay for itself in the same period as the fixture from increased energy savings. Interest rates for infrastructure improvements will never be lower, do it right from the get go.

Let’s stop making important decisions that will seriously impact residents quality of life without including them in the process. Let’s also start making sound business decisions to invest in controls to reduce 50% more $$$, energy,and CO2 instead of doing the transition to LED on the cheap. Quality equipment and lighting design will return far more value over time and help save the planet at the same time.

One thought on “Designing Streetlighting for the Real Client”