As 2019 winds down, it’s a good time to reflect on the progress that has been made in public lighting and to forecast what’s ahead for 2020 and beyond.

The 2016 release of a lighting report by the American Medical Association (AMA) was a watershed moment for the light-emitting diode (LED) lighting revolution. Until its release, LED lighting manufacturers and their sales forces had defined public lighting. Cities overwhelmingly deferred to their advice on the correlated color temperature (CCT) of LED lighting fixtures, and most promoted the most efficacious choice available. Initially the standard choice had been 6500K, even though it produced a hideous blue-white light that was best viewed with sunglasses. The reason was simple, high CCT was the only LED option that could compete with existing high-intensity discharge (HID) fixtures like high-pressure sodium (HPS) on energy efficiency. With LED fixtures costing 500% or more than HPS, the only way to sell LED was on energy and maintenance savings over the life of the fixture. 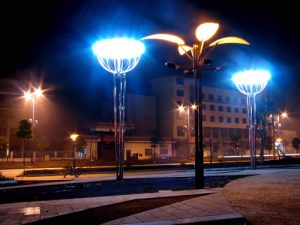 In addition to high CCT, many LED fixtures were also designed for efficient distribution of light without much concern for the glare created by the exposed individual LEDs. To add insult to injury: many manufacturers promoted wide pole spacing to help offset the higher cost of each LED fixture. This led to roadway lighting installations with very high-angle concentrated glare from LED fixtures. 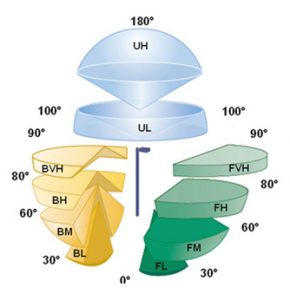 Unfortunately the early history of LED fixture development shows little interest in the quality of light or its negative impact on the real customers, the public. Herein lies a fundamental flaw with how public lighting has traditionally been implemented. DOT staff is charged with installing lighting that will be the most cost effective while meeting some recognized lighting standards. While most standards strive to improve lighting quality, they are generally used to guide cities on how much light is put on a surface and with what level of uniformity. 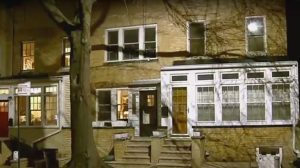 These standards are followed not to ensure that quality lighting is achieved, but primarily to avoid being sued by those who think that lighting equals safety. Even as some standards have evolved to acknowledge the negative impact that glare, light trespass and sky glow can have on visibility and the environment, many cities are still just putting down enough light so they can defend against litigation and to provide the public with a feeling of security. 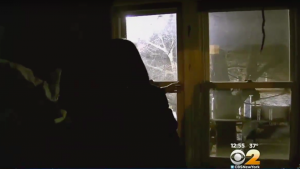 [/media-credit]Which brings us back to the report published by the AMA which stated that the quality of public lighting was important for human health; it resonated with the public and confirmed why many were unhappy with what was being done to their neighborhoods in the name of energy efficiency. (More details in an earlier SOLA article.)

The fallout from the AMA report shook the lighting industry to its core. It has never been confronted by a trusted source that challenged its authority and expertise. What is extremely disappointing is how the industry response has largely ignored the main message of the report, which is that the quality of public lighting needs to be fundamentally improved. The AMA report aided manufacturers that have been at the forefront of improving the quality of LED fixtures by helping them compete against the price pressure that has occurred from the commoditization of LED technology.

Ultimately, the biggest effect of the AMA report will probably be increased public pressure to address the deficiencies in public lighting that cities are experiencing. Only education and public awareness will change the way cities and DOT staff approach public lighting. The trend going into 2020 should be to better assess public preferences and design public lighting to be more community friendly. The argument that engineers have used to defend poor quality street lighting design will not stand up to the clear warnings included in the AMA report. Somewhat ironically now cities need to be concerned about potential litigation from citizens who are concerned that too much light may negatively impact their health as well as the environment.

It’s a shame that it takes the threat of litigation to make cities care about the quality of the public lighting that they provide. While the AMA report had a temporary chilling effect on some city LED retrofit plans, many paused to review their upgrades and ultimately have moved forward using fixtures with warmer CCT and less glare. Some have taken the opportunity to reach out to communities for their feedback. SOLA has promoted this objective for years and it is the only way that a city can be sure that a project will be successful. 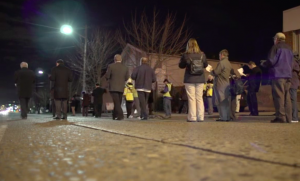 Public outreach should include the help of a lighting professional experienced in outdoor lighting design and needs to engage a wide cross section of the community to be relevant. The process should include a pilot test of fixtures that demonstrate a wide range of options, including color temperature, lighting levels, and good optical control that eliminates glare and light trespass. In order to engage a large quantity of participants from a broad demographic range, consider giving a small incentive like a gift card for participating in a tour of the lighting choices and filling out a detailed survey. Make sure to keep the survey questions neutral so as not to “lead” the respondents. Use language that the public will understand and show an ample range of options. Too many surveys have been done with so few choices that the data was skewed and worthless. If you only show the public 4000K and 6500K fixtures and they all choose 4000K, it doesn’t mean that it is their true preference. Include warm-white options like 2200K and 2700K and you will be surprised how many will prefer them.

Understand that genuine energy efficiency is more than fixture efficacy. Using controls and adjusting the lighting level to meet recommended levels throughout the night is vital and will save much more energy than the difference between 2700K and 4000K CCT. Including controls will also make sure that you compensate for changes in future lighting standards and will allow for “trimming” that can save another 15-20% energy over the life of the fixture. Trimming, which dynamically compensates for lumen depreciation by reducing the drive current in the early stage of the installation, can also extend the life of the fixture by 20% or more.

Investing in controls also can substantially reduce maintenance costs and improve public safety by knowing immediately when fixtures fail and, in some cases, being able to predict failures before they occur.

To summarize, we foresee more cities:

We also hope that 2020 is the year that lighting standards will finally incorporate the available research on the improved visibility of white light to reduce the recommended lighting levels whenever possible.